You are here: Home / Articles / It’s like driving in a plate of spaghetti

Long ago I did my first driving tour of Britain and I still remember at times raging in frustration at its impossible roading system.

There were, from time to time, long silences between me and The Lady Driver. She once stopped in the middle of a roundabout in Chester, much to the chagrin of other motorists, and demanded “we don’t move until you make your bloody mind up”. 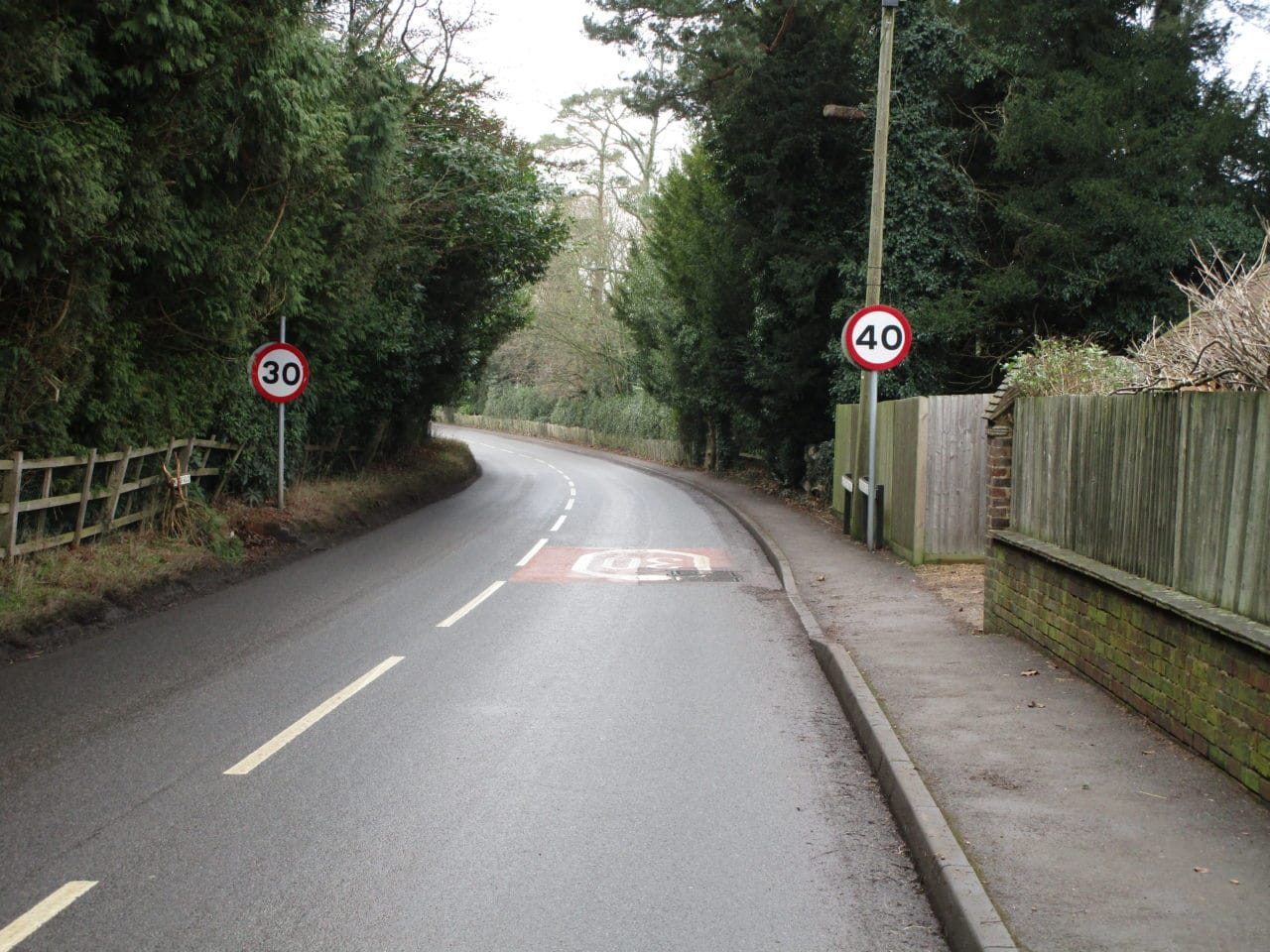 And then you have to deal with the sort of situation in the picture. So what speed limit do you observe?  Who knows?

It’s not helped by the fact that the Brits are fairly easy-ozey about helpful things like street signs. If they are there at all (usually not) they are hard to see.

“Before the Roman came to Rye or out to Severn strode,

A reeling road, a rolling road that rambles round the shire,

And after him the parson ran, the sexton and the squire;

A merry road, a mazy road, and such as we did tread

The night we went to Birmingham by way of Beachy Head.”

G.K.Chesterton’s poem is right on the mark. It is like trying to navigate in a plate of spaghetti. The result is lost time (big time!), lost experiences, frustration generally, not to mention those “quiet times”.

The problem is that there are usually several ways of getting from one place to the other. Your GPS will get you from here to there (most times – but not always), but it won’t pick the best way.

I’ll give you the options. The fast way – that’s also the way Google Maps and/or a GPS might take you, so no advantage there. But I’ll also tell you about the pretty way, or the interesting way that takes in the best of sights to be seen,  and I’ll also give you options for side trips to all sorts of places that might interest you.

Trust me on something:  You will get lost. Researching these tours I’ve driven over the same roads several times, yet on my last trip I still managed to get off course just out of Bury St Edmunds. It was 20 minutes and 10 miles before I began to realise that nothing looked as it should.

And don’t think that a GPS will prevent it.

The running instructions I will give you are precise – much more so than “in 200 yards, turn left”. British roads are not like those you are used to in other countries. When you get to that “turn left” there could be a choice of a hard left or a bear left. Which do you choose? My navigation instructions will make that plainly clear.

You’ll also get “Expert Navigator Checkpoints” that will reassure you that you are still on the right track.

Great British Road Trips will not only take you easily and stress-freely between the great tourist attractions in Britain, but also give you lots of interesting side options so that you can pick and choose what interests you the most.

For a mere £5.90 you can get my Great British Road Trips eBook that will make planning and driving a tour of Britain a hellava lot easier.

So, go on, fork out just £5.90 and start having fun putting together your Great British Road Trip.