Today we take it for granted that Stonehenge is a precious historic monument that must be protected at all costs, but in fact, for centuries visitors would chip pieces off as souvenirs.
In a blog post on Atlas Obscura, Jocelyn Sears says that such behaviour was not only common but expected.
She tells us: 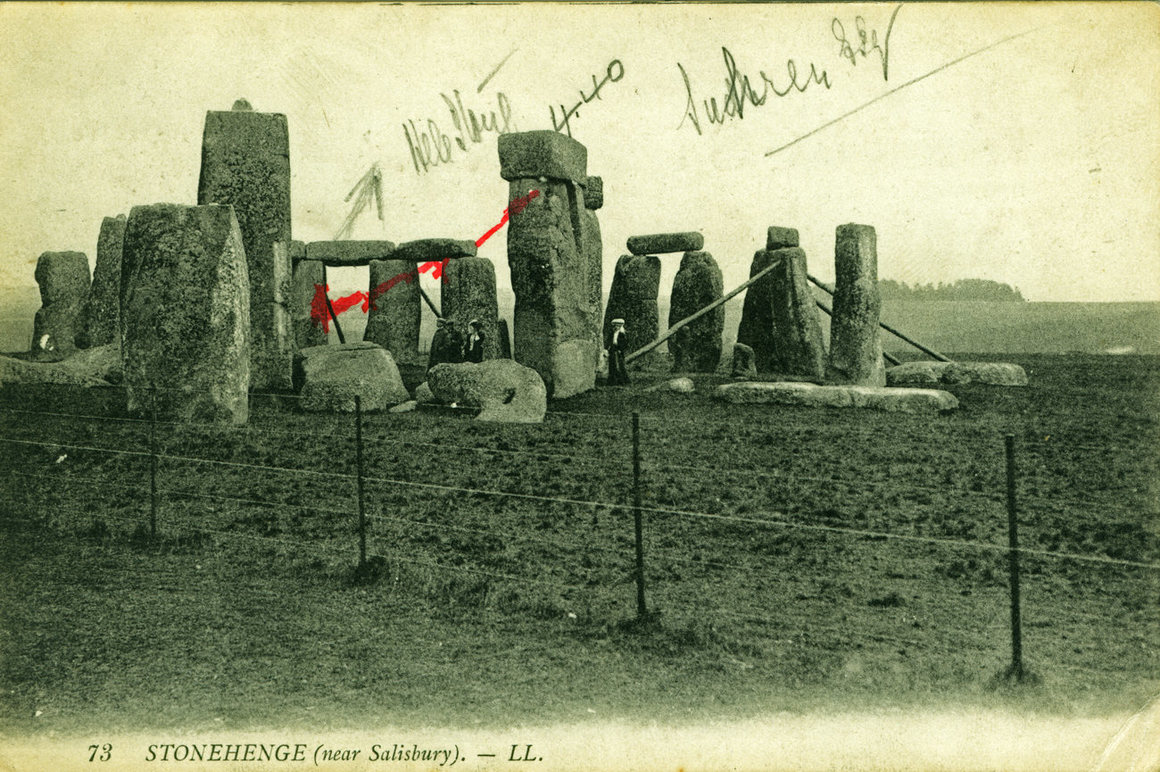 Stonehenge about 1907. Note the wire fence – supposedly to keep vandals out. Yeah, right! That would work. Not! From the Wiltshire and Swindon History Centre archives.

In 1860, a concerned tourist wrote to the London Times decrying the “foolish, vulgar and ruthless practice of the majority of visitors” to Stonehenge “of breaking off portions of it as keepsakes.” Today, taking a hammer and chisel to a Neolithic monument seems like obvious vandalism, but during the Victorian era, such behavior was not only common but expected.

English antiquarian tourists, who were mostly upper class, had developed the habit of taking makeshift relics from the historical sites they visited during the 18th century. By 1830, the practice was so widespread that the English painter Benjamin Robert Haydon dubbed it “the English disease,” writing, “On every English chimney piece, you will see a bit of the real Pyramids, a bit of Stonehenge! […] You can’t admit the English into your gardens but they will strip your trees, cut their names on your statues, eat your fruit, & stuff their pockets with bits for their museums.”

For centuries, both locals and visitors had taken pieces of Stonehenge for use in folk remedies. As early as the 12th century, rumors of the stones’ healing properties appear in the writing of Geoffrey of Monmouth, and in 1707, Reverend James Brome wrote that their scrapings were still thought to “heal any green Wound, or old Sore.” In the 1660s, the English antiquarian John Aubrey reported a local superstition that “pieces or powder of these stones, putt into their wells, doe drive away the Toades.”

Eventually, tourists were not just taking from Stonehenge, but also leaving their mark, too. By the middle of the 17th century, tourist graffiti was appearing on the stones. The name of Johannes Ludovicus de Ferre—abbreviated “IOH : LVD : DEFERRE”—is etched, and so is the engraving “I WREN,” which may refer to Christopher Wren, the famed architect who designed St. Paul’s Cathedral.

You can read the whole article, which also gives an interesting history of Stonehenge’s ownership here on Atlas Obscura