It’s official . . . shooting is to start soon on a Downton Abbey film featuring the original cast. 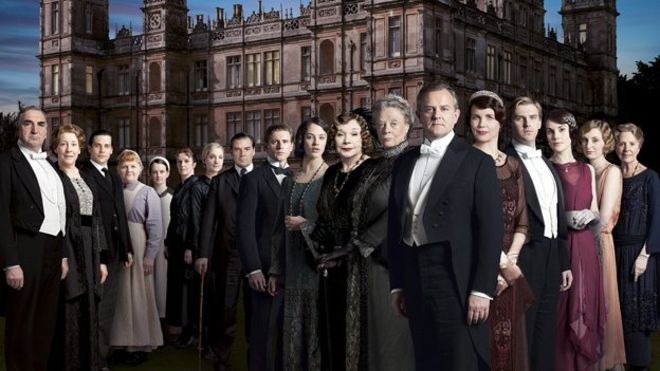 The tv series followed the lives and fortunes of a the English aristocratic Crawley family.

It is set at Highclere Castle, one of the attractions on the Great British Road Trips touring routes on the Hampshire and Berkshire border. Go to the Home Page to find out more about our touring routes. 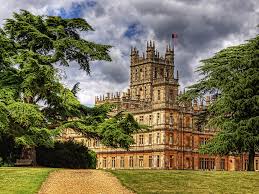 Julian Fellowes, who wrote the script for the tv series has finished the movie version and will also co-direct the production with Brian Percival, who directed the tv pilot episode.

Hopefully we’ll get more of those gems of lines from Violet Crawley, the Dowager countess, played by Maggie Smith.

When Violet was first introduced to very middle-class cousin Isobel:

Isobel Crawley: “What should we call each other?”

Dowager Countess: “Well we could always start with Mrs Crawley and Lady Grantham…”

Or when the Earl of Grantham was discussing management of the estate with Matthew Crawley, who by dint of clever script-writing was the heir to the estate:

Earl: “You do know I mean to involve you in the running of the estate?

Matthew: “Oh don’t worry. There are plenty of hours in the day and, of course, I’ll have the weekend.”

Dowager Countess: “What is a weekend?”

What a charmed and privileged life it must have been where every day merged seamlessly into the next . . .a steady social whirl that never ended.

The relationship between Cousin Isobel and the Dowager was always prickly, though they got closer towards the end of the series. On one occasion Isobel’s middle class social conscience clashed with Violet’s aristo conservatism:

Dowager Countess: “Is it cold up there on the moral high ground?”

All of them lines I would love to have written.

You can visit Highclere Castle and other Downton Abbey sites by subscribing to my website.